Nobel Prize is one of the prestigious Awards that is awarded every year for the contribution in the filed of  Physics, Chemistry, Physiology or Medicine, Literature, Economic Science and Peace. Alfred Nobel initiated this award and it has been followed every year by awarding this prestigious award on December 10. This year also the winners for each category has been announced. Read the article below to know more information about 2013 Nobel Prize Winners.

IDEA OF NATIONAL INCOME
GDP
GDP Gross Domestic Product (GDP) is the value of the all final goods and services produced within the boundary of a nation during one year. For India, this calendar year IS from 1st April to 31st March .

NDP
Net Domestic Product (NDP) is the GDP calculated after adjusting the weight of the value of 'depreciation'. This is, basically, net form of the GDP, i.e.
Read more »
- March 27, 2014 No comments: 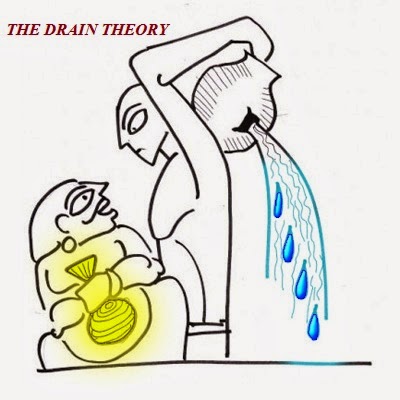 The drain theory, as formulated by the nationalists, referred to the process by which, a significant part of India’s national wealth, was being exported to England for which India got no economic returns. In other words, India was made to pay an indirect, tribute to the English nation.
Needless to say, this drain of India’s wealth to England, in the form of salaries to British officers posted in India, home-charges and the profits made on the British capital invested in India, benefited England and diminished the sources for investment in India. Amiya Bagchi observes:
Read more »
- March 15, 2014 No comments: 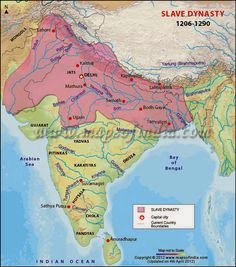 Till the beginning of the 12th century, there was no mention of the kingdom with Delhi as the capital city. Moreover, Al-Biruni who came India during the reign of Mahmud of Ghazni, wrote about the city of Delhi. In his work Kita-ul-Hind, he mentioned some other cities like Kanauj, Mathura etc. His work, written in Arabic provides an important resource to the historians. Helhi became an important city only when it became the capital of Rajput rulers. In the middle of the 12th century, it developed as an important commercial centre. With the establishment of Delhi Sultanate in 13th century, it was transformed into a capital city covering a vast area of the subcontinent. The sultans of Delhi built monuments in this area. Delhi Sultanate comprised of five dynasties. These dynasties ruled from 1206 to 1526 A.D.
These are:
Read more »
- March 15, 2014 No comments:

Bahlol Lodi was the founder of this dynasty. He was one of the Afghan generals of Sayyids. He regained Sind and Mewar by bringing peace and order in the country. Bahlol Lodi was succeeded by his son Sikandar Lodi. He was a good administrator. He annexed Jaunpur, Bihar, parts of Bengal and Ganga valley. He founded the city of Agra and made it his capital. His successor was Ibrahim Lodi. He was the last ruler of the dynasty. In 1526 A.D., Babur defeated Ibrahim Lodi at the first battle of Panipat. Thus, the Delhi Sultanate came to an end.
Read more »
- March 15, 2014 No comments:

This dynasty existed for a very short period. It was founded by Khizr Khan (1414 – 21 A.D.). He helped Timur in his invasion. His successors namely, Mubarak Shah, Muhammad Shah, and Ala-ud-din Alam Shah were weak rulers.
Rulers of Sayyid dynasty:
Read more »
- March 15, 2014 No comments:

The Tughluq Dynasty was founded by Giyas-ud-din Tughluq in 1320, is original name was Ghazi Malik. After his death in an accident in 1324 A.D., he was succeeded by his son Muhammad-bin-Tughluq. Muhammad-bin-Tughluq was a brilliant scholar and a great patron of learning. Ibn Batuta, a traveler came to India during his rule. He has provided a detailed account of his reign. Muhammad-bin-Tughluq was succeeded by Firoz Shah Tughluq, he was an able ruler therefore made an attempt to consolidate Delhi sultanate. He followed the policy of appeasement to please the nobles, army and the ulemas. He imposed jaziya. He died in 1388. Amir Timur, the Mangol leader of central Asia, attached India in 1398. He ordered general massacre in Delhi and robbed people mercilessly. The invasion of Timur gave abig jolt to Tughluq dynasty. Due to weak successors of Tughluq dynasty, it came to an end in 1414.
Read more »
- March 15, 2014 No comments:

After the death of Muhammad Ghori in 1206 A.D. his slave Qutub-ud-din Aibak founded this dynasty. He extended the Muslim empire in many parts of the northern India. Due to his generosity, he came to be known as lakh-baksh – giver of lakhs. After his death Iltutmish became his successor. Delhi Sultanate was established during the reign of Iltutmish. He made Delhi as his capital. He made many conquests and ruled over whole of the northern India. On his deathbed he nominated his daughter Razia Sultana as successor. She was followed by Bahram Shah, Ala-ud-din Masud Shah, Naisr-ud-din Muhammad. Although Nasir-ud-din Muhammad ruled for twenty years but the main power remained in the hands of Ghiyas-ud-din Balban – one of the slaves of Iltutmish his original name was Baha-ud-din. Balban defended his empire from Mangol invation. After the death of Balban, all his successors became inefficient and weak hence, the Slave dynasty came to an end.
Rulers of Slave dynasty:
Read more »
- March 15, 2014 No comments:

DECISION MAKING AND PROBLEM SOLVING EXTRA PRACTICE I
1. If you have faced unfair treatment it is only apt that you take action against it. Option 2 will only result in your loss. Withdrawal Of your name is an escape and does not give you a just reward for your presentation. Protesting and leaving the place would also not be fair to you. Options 3 and 4 are incorrect. It is the duty of the committee to make sure that the awards are conducted fairly. Hence, complaining to the chairperson is apt.
Hence, the correct answer is option 1.
2.  It is important to continue to work while maintaining transparency. 3 lacks transparency. 2 and 4 stop work Hence, the correct answer is option 1.
3. Providing free supply of water will cause losses for the project. Thus, option 1 and 2 are not feasible. Making only non-BPL people pay for the water will be unfair to them.
Option 4 gives a good solution. Both non-BPL as well as BPI. people pay charge for water depending on their income levels and consumption.
Read more »
- March 14, 2014 No comments:

THE CONTITUTION OF INDIA - PART I

The Constitution of India is the supreme law of India. It lays down the framework defining fundamental political principles, establishes the structure, procedures, powers, and duties of government institutions, and sets out fundamental rights, directive principles, and the duties of citizens. It is the longest written constitution of any sovereign country in the world, containing 448 articles in 25 parts, 12 schedules, 5 appendices and 98 amendments (out of 120 Constitution Amendment Bills). Besides the English version, there is an official Hindi translation.
Read more »
- March 14, 2014 No comments:

The British came to India in 1600 as traders, in the form of East India Company, which had the exclusive right to- trading In India under a charter granted by Queen Elizabeth l.
In 1765, the Company, which till now had purely trading function - obtained the diwani (i e , rights over revenue and civil Justice) of Bengal,Bihar and Orissa .
Thia started its career as a territorial power. In 1858, in the wake of the 'sepoy mutiny', the British Crown assumed direct responsibility for the governance of India. This rule continued until India was granted independence on August15,1947.
With Independence came the need of a Constitution. As suggested by M N Roy (a pioneer of Communist movement in India and an advocate of Radical democractism) in 1934, a Constituent Assembly was formed for this purpose in 1946 and on January 26, 1950, the constitution came Into being. However, various features of the Indian Constitution and polity have their roots in the British rule. There are certain events in the British rule that laid down the legal framework for the organisation and functioning  of government  and administration in British India. These events have greatly Influenced our constitution and polity. They are explamed here in a chronological order:

2014 expecting General Studies question in Indian Polity. Here we analayse all 05/13 to 12/13 these dates Hindu news paper and collect some GS question based information. Now we publish only indian polity based topics, hope we publish some other GS based topics through next post . If this post useful, just put your comment.