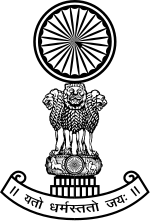 India's unitary judicial system is made up of the Supreme Court of India at the national level, for the entire country and the 24 High Courts at the State & Union territory level. These courts have jurisdiction over a state, a union territory or a group of states and union territories. Below the High Courts are a hierarchy of subordinate courts such as the civil courts, family courts, criminal courts and various other district courts. High Courts are instituted as constitutional courts under Part VI, Chapter V, Article 214 of the Indian Constitution. 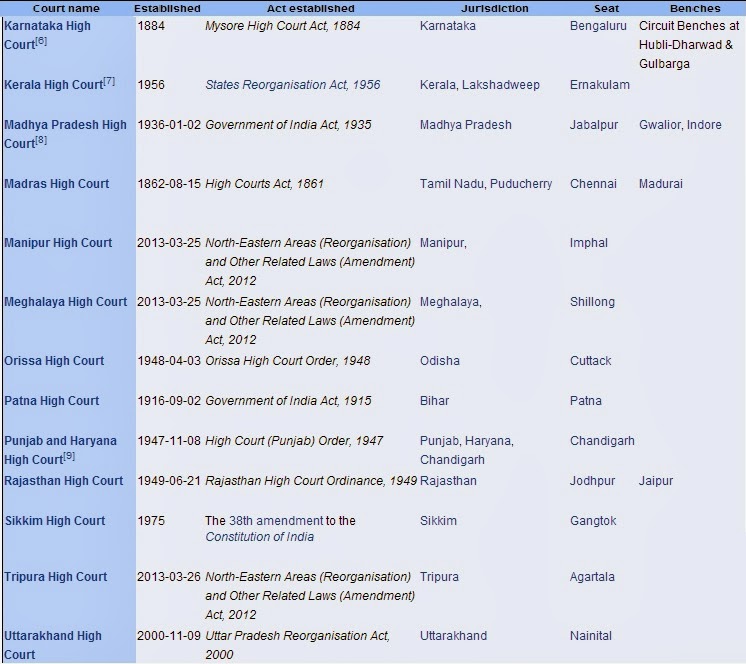 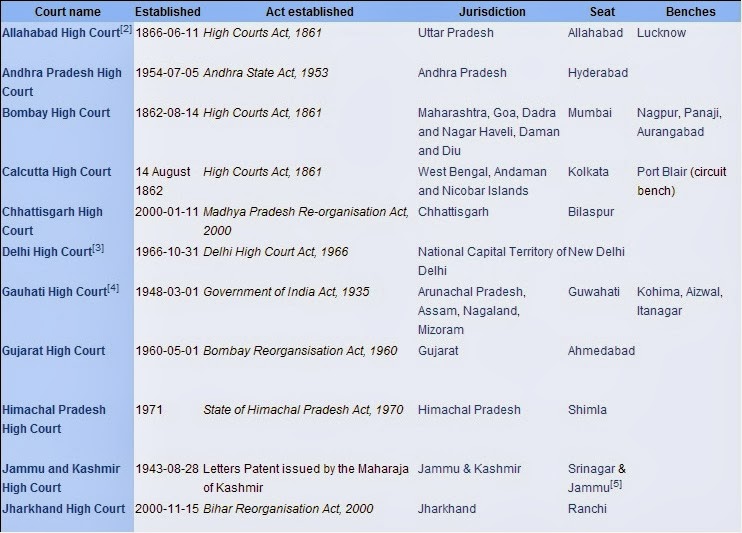 Each state is divided into judicial districts presided over by a 'District and Sessions Judge'. He is known as a District Judge when he presides over a civil case, and a Sessions Judge when he presides over a criminal case. He is the highest judicial authority below a High Court judge. Below him, there are courts of civil jurisdiction, known by different names in different states.
Under Article 141 of the Constitution of India, all courts in India (which includes High courts) are bound by the judgments and orders of the Supreme Court of India by precedence.
Judges in a High Court are appointed by the President of India in consultation with the Chief Justice of India and the governor of the state. High Courts are headed by a Chief Justice. The Chief Justices are ranked #14 (in their state) and #17 (outside their state) in the Indian order of precedence. The number of judges in a court is decided by dividing the average institution of main cases during the last five years by the national average, or the average rate of disposal of main cases per judge per year in that High Court, whichever is higher.


The Calcutta High Court is the oldest High Court in the country, established on 2 July 1862. High courts which handle a large number of cases of a particular region, have permanent benches (or a branch of the court) established there. Benches are also present in states which come under the jurisdiction of a court outside its territorial limits. Smaller states with few cases may have circuit benches established. Circuit benches (known as circuit courts in some parts of the world) are temporary courts which hold proceedings for a few selected months in a year. Thus cases built up during this interim period are judged when the circuit court is in session.