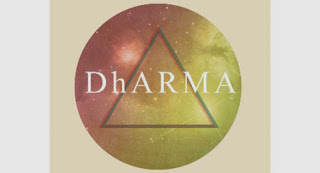 1. There was considered intellectual ferment around 600 B.C. healthy rivalry was apparent among the number of sects such as the Charvaks, Jains and Ajivikas, whose doctrines ranged from bare materialism to determinism. This intellectual liveliness was reflected in the elected interests of the Mauryan rulers. It was claimed by the Jainas that Chandragupta was supporter and there is evidence that Bindusara favoured the Ajivikas.
Thus, the Empire of Asoka was inhabited by peoples of many cultures who were at many levels of development. The range of customs, beliefs, affinities, antagonisms, tensions and harmonies were galore. True, Magadha and the fringes of these areas. The north was in close contact with the Hellenized culture of Afganisthan and Iran. The far south was on the threshold of a creative efflorescence of Tamil culture. The ruler of such as Empire required the perceptions were addressed to the public at large. It is in these inscriptions that the king expounds his ideas on dhamma.


It appears, Asoka aimed at creating an attitude of mind among his subjects in which social behavior was accorded the highest place. The ideology of dhamma can be viewed as a focus of loyalty and as a point of convergence for the then bewildering diversities of the Empire. In a way, Asoka's dhamma was akin to the preamble in the constitution of India.
2. A centralized monarchy demands oneness of feeling on the part of its people. The ethics of the dhamma was intended to generate such a feeling, comparable to the preamble of the Indian Constitution.
3. The Mauryan Society with its heterogeneous elements and with economic, social and religious forces working against each other posed the threat of disruption. Asoka, therefore, needed some binding factor to allow the economic activity to proceed on an even keel and thereby ensure the security of his state.
4. Also as the commercial classes gained economic importance and resented the inferior social status as per the sanctions of the Brahmins, they want over to Buddhism, which preached social equality. Their support to the Mauryan king was very vital for the peace and prosperity of the Empire. Asoka thought that he could attract them by the propagation of this dhamma by weaning them away from too closely identifying themselves with Buddhism.
5. Asoka felt that the aforesaid forces of contrary pulls would threaten the peace of the realm not in the general interest of his Empire. Asoka's dhamma therefore, was intended to serve a practical purpose.
The dhamma was not meant to be a religion but what behooves a man of right feeling to do, or what man of sense would do. Such being the nature of his dhamma, it is primarily an ethic of social conduct.
Asoka's Moral code is most concisely formulated in the second Minor Rock Edict.
Thus saith His Majesty:
'Father and mother must be obeyed; similarly respect for living creatures must be enforced, truth must be spoken. These are the virtues of the law of Duty (or "Peity". Dhamma) which must be practisd. Similarly, the teacher must be reverenced by the pupil, and proper courtesy must be shown to relations.
This is the ancient standard of duty (or "Piety") - leads to length of days and according to this men must act.
The three obligations - of showing reverence, respecting animal life, and telling the truth - are inculcated over and over again in the edicts.
Besides, it was meant for all - Buddhists, brahmins, Jains and Ajivikas, In the way, it was the sara or the essence of the good principles of all religions. Also, while pleading on behalf of his dhamma, Asoka passionately appealed for toleration towards all religions and a reverence for each other.
Had this dhamma got anything to do with Buddhist principles, Asoka would have openly stated so in his edicts since he never southt to hid/his support for Buddhism. For that matter, Asoka did not incorporate any of the fundamental tenets of Buddhist faith such as the Four Noble Truths, the chain of casualty the sacred eight-fold path, and the Nirvana. The omissions, also with repeated reference to the concept of svarga or heaven (a Hindu belief) show that his dhamma cannot be identified with Buddhism.
Since Asoka's dhamma was not intended for the cause of Buddhims during his dharama-yatras, he not only visited various places of Buddhist importance, but also gave gifts to sramanas and Brahmins. Most of all, even after entrusting the propagation of dhamma to the Dharma Mahamatras, Asoka continued to style himself as the beloved of the devas, a Hindu concept, since there were no Gods in Buddhism at that time.

SUCCESS OF HIS DHARMA

Asoka specifically states that his missions were sent to various places (Ceylon and various Western countries) and maintains that they were all successful. It is difficult to accept this claim because historical evidence shows that his officials overshot the mark. Definitely, there was resentment against their way of doing things. It is known from evidence that Asoka presumed that not only he was a seeker of truth but also he did reach the truth. Such convictions are always harmful. Most of all, it is important to note that there is no authentic proof that his missions were a success. Significantly, none of Asoka's successors continued the propagation of dhamma. Far worse is the fact that in the later ages, his pillar inscriptions came to be misunderstood as symbols of phallus.
- September 30, 2013